BE IT ORDAINED BY THE TOWN COUNCIL OF THE TOWN OF AVILLA, INDIANA:

CONSUMER FIREWORKS. A small firework that is designed primarily to produce visible or audible effects by combustion, and that is required to comply with the construction, chemical composition, and labeling regulations promulgated by the United States Consumer Product Safety Commission under 16 CFR 1507. The term also includes some small devices designed to produce an audible effect, such as whistling devices, ground devices containing fifty (50) milligrams or less of explosive composition, and aerial devices containing one hundred thirty (130) milligrams or less of explosive composition. Propelling and expelling charges consisting of a mixture of charcoal sulfur, and potassium nitrate are not considered to be designed to produce an audible effect. Consumer fireworks include:

FIREWORK. Any composition or device designed for the purpose of producing a visible or audible effect by combustion, deflagration, or detonation. Fireworks consist of consumer fireworks. The following items are excluded from the definition of fireworks:

CONSUMER USE OF FIREWORKS. No person within the corporate boundaries of the Town shall use or display or permit to be used or displayed any type of consumer fireworks on any other day or time other than the following:

BE IT FURTHER ORDAINED that this Ordinance shall be in full force and effect from and after its passage by the Town Council and proper publication in a newspaper of daily circulation within Noble County, Indiana.

PASSED AND ADOPTED by the Town Council of the Town of Avilla, Indiana this 18 day of July, 2018. 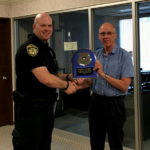 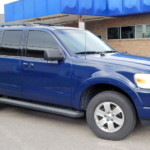 Next Story:
For Sale 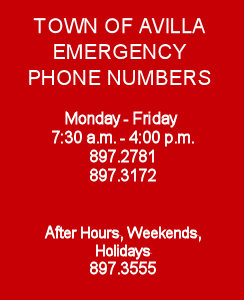